Persuading the public to help tackle air pollution is “one of the main challenges” facing the Scottish Government, according to environment minister Roseanna Cunningham.

Appearing in front of Holyrood’s environment committee, Cunningham said she had been “heartened by the extent to which local authorities are wanting to talk about low emission zones” but warned that the wider public “don’t necessarily relate their actions to poor air quality”.

The European Commission launched legal action against the UK in 2014 for failing to meet air quality laws, with Scotland required by the UK Supreme Court to produce a clean air strategy setting out how it would reduce dangerous levels of pollution.

Cunningham said: “The biggest challenge here is to get this message across to the wider public who don’t necessarily relate their actions to poor air quality. They might have a real concern about pollution, but they are not necessarily connecting concern with their actions. Persuading the wider public that they do have a role to play is one of the main challenges of this Government.”

Air pollution can cause up to 2,500 early deaths in Scotland. The Government aims to create ‘Low Emission Zones’ in Scotland’s four major cities: Glasgow, Edinburgh, Dundee and Aberdeen, to achieve all European Air Quality objectives by 2020.

Cunningham said: “We are confident that our air quality already compares well with the rest of the UK and Europe and in some areas, we are already compliant.”

She was joined by Transport Minister Humza Yousaf, who admitted: “One of the biggest challenges will be dealing with the private motor car.”

Attempts to introduce new congestion charging and work place parking levies would be unpopular, he warned.

The minister said: “We are on the cusp of some exciting projects – particularly on timber, food and drink, whisky and other produce. This can really open the floodgates for a number of other schemes to be developed.”

However, questioned by committee convener Graeme Dey about Government plans to implement freight consolidation centres, the transport minister said: “They haven’t quite had the impact on reducing pollution that people would have liked them to have.”

Other agendas were discussed to comply with low emissions zones such as increased spending on ‘Active Travel’ infrastructure, promoting the use of electric bicycles and cars, and assisting public transport providers to provide hybrid or electric buses.

Yousaf said: “When I speak to bus operators on the market they are all greening their fleet. For different companies there are different solutions, but so far we’ve helped to green over 362 vehicles to date.”

The air quality standards are set out by the European Ambient Air Directive and the Government is aware that their proposals lie outside of the potential Brexit leave date. Cunningham said: “We want to continue with the status quo and I do not want to see Scotland lagging behind post-Brexit”. 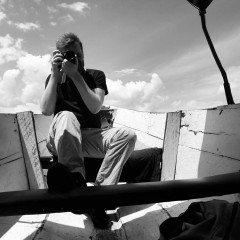